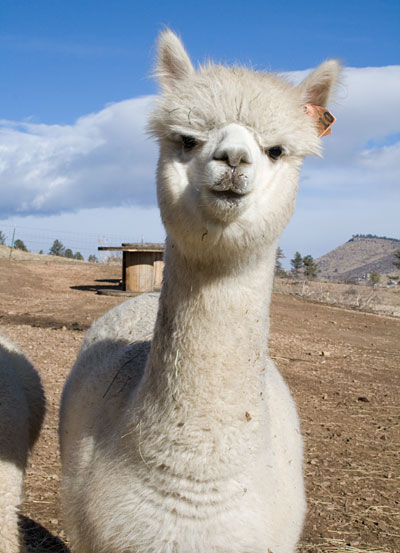 It is extremely hard to find the quality of whites in color but the Snowmass program has done it again right here. Royal Accent has a silky soft handling fiber that abounds in well defined crimp and staple formation. It's bright, well nourished and superbly soft with a density that is rare in the colored huacayas.

It is little wonder he displays these royal fiber characteristics when you look at his parentage. He is sired by the impeccable Snowmass Royal Rose, a champion and maker of champions via the lineage of Hemingway and Bueno. On his dam's side you have Peruvian Legacy via the best colored male we have ever seen at age, Snowmass Legacy Gold. Royal Accent in essence has a dynasty of prepotent genetics behind him.

His production at Pucara has been especially pleasing in that his cria have been really fine, retain good density and have looks to boot. 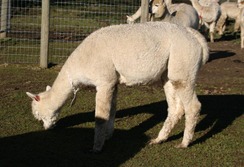 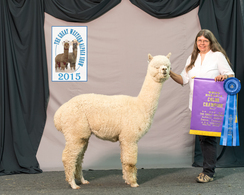 Snowmass Leader of Legends: It’s hard to describe the long select line of breeding for a stud like this in one paragraph. Leader of Legends is a Futurity Champion & IAO Champion and progeny of a consortium of extraordinary genetics unlike any in the world; STANDING HERDSIRE(S) OF THE YEAR(S) Snowmass Seven Below, Snowmass Elite Legend, Snowmass Quechua, Snowmass Sub Zero, Snowmass Snowmaster and more. Every male influence in his pedigree is proven with not only Championships from shows but recor ...
More Details
$4500.00
Ask a question
Details
Certificate Histogram EPDs
Santia is proving time and again that she has what it takes to produce quality offspring. Her crias have wonderful crimp, density and handle.

Santia gave birth to a male cria sired by Snowmass Leader of Legends on 9/1/2021. 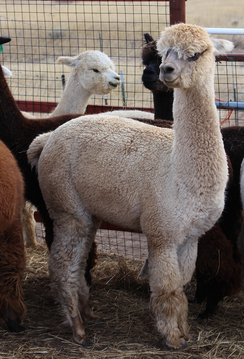 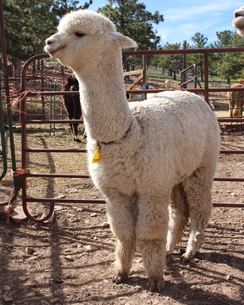 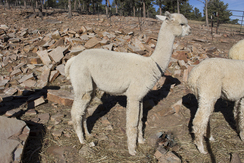 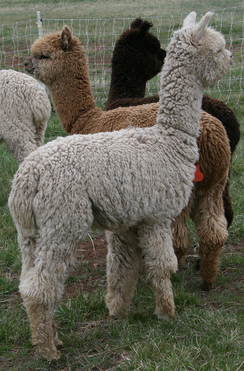 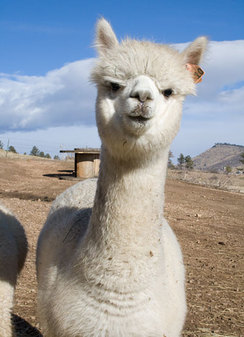 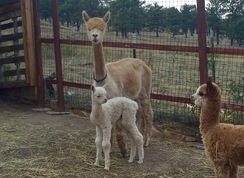 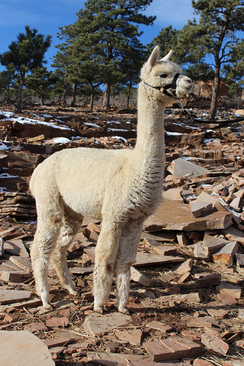